Among a flurry of recent headlines that feature non-fungible tokens (NFTs), eBay announced last week that it would allow sales of the blockchain-driven collectibles on its e-commerce platform.

This comes as cryptography experts at the RSA Conference lashed out against NFTs, likening their ownership to a game of Monopoly where people pretend to own a piece of the real world.  NFTs only provide a certificate of ownership for an item or file – it does not guarantee physical possession or prevent a file from being reproduced.

Originally the tokens were seen to be a way for artists to control the provenance and distribution of their artwork, empowering them to protect their art against appropriation without permission.  But NFTs do not accomplish this and do not distinguish the original art piece.  They only provide an internet link to the file, not the file itself.  Online debates rage over whether NFTs are a scam or a game-changer.

Nevertheless, the NFT market has proven itself lucrative, with an NFT-backed jpeg by artist Beeple selling for a record-breaking $69 million at Christie’s in March.  Catching the attention of collectors, artists, and blockchain enthusiasts simultaneously, the demand for NFTs has ballooned into a billion-dollar market.

NFTs are being attached to everything from sneakers and clips of basketball games, to William Shatner trading cards.  The e-commerce giant is seeking to capitalize on this market, banking on NFTs being more than just a passing trend.  A dismal second-quarter profit forecast, along with increased competition from Shopify and Amazon, sent shares down 6% at the end of April ahead of this announcement.

One advantage that eBay does have is its ease of use, allowing NFTs to become accessible in the mainstream quite quickly.  Prior to the move, those who wished to purchase with an NFT were required to use a variety of platforms such as Opensea or SuperRare, which are not as user-friendly as eBay.

As of yet, eBay’s major competitor Amazon has not announced whether it will follow suit and begin allowing the sale of NFTs on their platforms.  There is some speculation that Amazon is working on its own cryptocurrency, which may pave the way for the company to offer NFTs in the future.

Shopify, the Canadian e-commerce platform that has been stealing market share from eBay, has already announced that NFT solutions provider Sweet will integrate its NFT distribution platform into the Shopify marketplace, allowing retailers to offer NFTs to consumers.

eBay faces some hurdles before they become a major presence in the crypto trading marketplace, as they currently do not accept cryptocurrencies, which are the main currency used to purchase NFTs.  In contrast, PayPal already allows customers to buy, sell, hold, and checkout with cryptocurrencies.  For now, an NFT inventory will be provided to sellers, with more capabilities coming in the coming months. 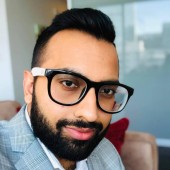